Devoting the whole life to God in prayer 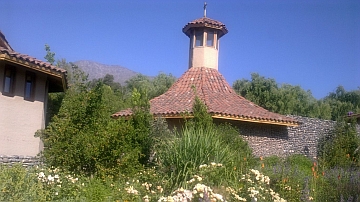 No, it is not our main vocation. We are an apostolic, active Institute. Nevertheless, it is very interesting that our Founder wanted to integrate into the Schoenstatt Movement every kind of vocation that has proved to be fruitful in the Church. And so he asked the Sisters of Mary as well as the Schoenstatt Fathers to give their members the possibility to live in contemplative communities or even as hermits. For a limited period of time or as their vocation for life.

Presently we have a small monastery with one father living there permanently in Santiago de Chile. It is called Monasterio San José en Soledad. Other fathers come regularly to stay and pray there for a certain period. 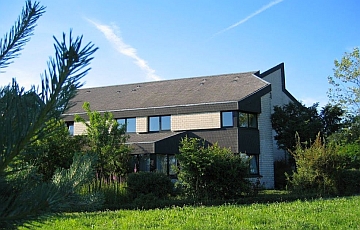 The House of Adoration on Mount Sion

In Germany, where this kind of experience began, the first four so-called “Adoration Fathers” are still faithful to their options, which they started to live in 1970, when the Sion Shrine was built. The youngest of the four will be 80 this year, and the Institute knows it ows them quite a lot: they have been praying and keeping alive the Sion Shrine for decades, offering uncountable retreats and hours of confession and personal guidance, as well as offering their house to those looking for silence and a prayer athmosphere.

Together with them, a fifth father has been living in the neighborhood as a hermit, a vocation the Founder himself confirmed to him personally.