Father Hernán Alessandri, from the Institute of the Schoenstatt Fathers, whose cause for canonization has already been introduced, founded the Catholic Family Missions. His inspiration had two motivations: The need to develop the missionary dimension in each Catholic family and spread the Gospel of Jesus Christ in places that, due to their small number of inhabitants and remoteness from large centers, lack the possibility of being missionaries. The visit of Catholic families encourages them, by their witness and their word, to strengthen their own family reality of faith and love.

And the second motivation: the missionaries know more closely a dimension of the reality of their countries that awakens their responsibility for the construction of a society of greater equity and solidarity, and they learn to bear witness to their faith.

The missions, as they have arisen in Chilean Schoenstatt, have spread to other countries around the world. The basis continues to be the charism and the original vision that Fr. Hernán gave us. The forms have multiplied: family missions, youth missions of Schoenstatters or in collaboration with other movements and ecclesial realities, Mission Country, etc.

Here are some of these initiatives, which are currently shaping the face of the Movement a little around the world: 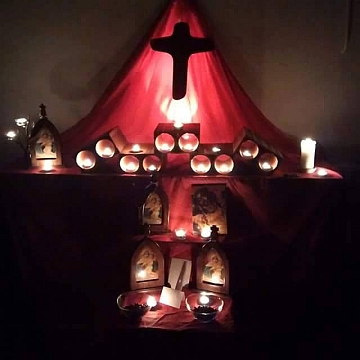